T he first written texts mentioning the port of Rijeka are dated from 1281 in the so-called document "The book of conclusions of the Great Venetian Council". The port was then located at the delta of Rječina and for years the export of wood, leather, wool and import of oil, salt, grain and fish was done. In 1820, the first sketches and preliminary plans for the expansion of the port of Rijeka have been

made, and by the end of the 19th century a new artificial harbor will be built in front of the city itself. On the eve of the First World War, the construction of the railway to Budapest was completed, which opened the unlimited possibilities to Rijeka. At that time, the port recorded 2,1 million tons of traffic and is ranked among the ten largest European ports.

D uring the World War I, by closing the Otrant passage, trade and maritime traffic with overseas countries was interrupted, thus the traffic through the port of Rijeka was carried out only within the Adriatic Sea. By the beginning of the Second World War, the city of Rijeka and the port were divided into two parts to Rijeka and Sušak port. Both ports became war bases during the war.

In the period from 1951 to 1960, Rijeka takes over the function of the main port of Yugoslavia, and gradually functiones as the transit harbor of the Danubian countries in the hinterland.

From 1960 to 1990. the port of Rijeka is transformed into a modern port system in the Kvarner hinterland. In 1967, the bulk cargo terminal at Podbok location in Bakar was put into operation and was listed as one of the most modern terminals in Europe. The terminal was mainly used for the import of iron ore for the needs of Austria and Czechoslovakia.

In 1983 on the Goranin coast, a terminal for the general cargo and ro-ro ramp equipped with coastal cranes were installed.

In the process of recapitalization during 2015, OT Logistics bought 20,81% of the shares of Port of Rijeka j.s.c. and by the end of 2017, together with its partners, controls the majority share package with 50,56%. 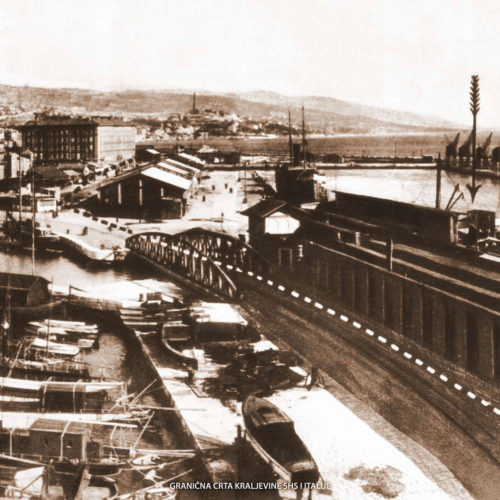